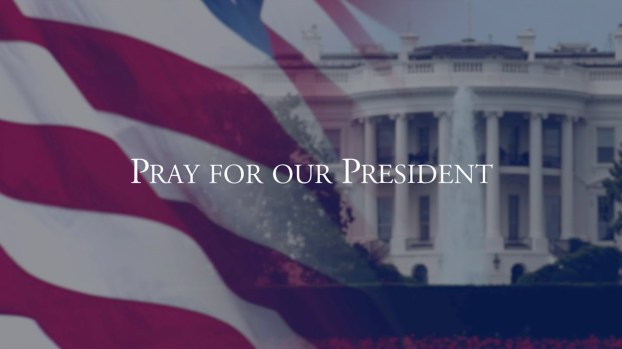 pray for our president

Respect, love your neighbors; pray for our president

To say voters were stressed and the political climate was in upheaval during the days and months leading up to the presidential election is to put it mildly.

Just a few of people’s concerns were equal voting rights, immigration, political corruption and foreign policy. There were large-scale riots and civil unrest. Record numbers of people turned out to vote.

It was 1920, and the first election in which women had the right to vote in all 48 states, increasing the popular vote from 18.5 million four years earlier to 26.8 million voters in the 1920 election.

Ohio Republican Sen. Warren G. Harding won a landslide victory for the presidency, with a 26.2% margin in the popular vote — the largest popular vote margin in the previous 100 years. He defeated Ohio Democratic Gov. James M. Cox, who received only 34.1% of the popular vote. A third candidate, Socialist Eugene V. Debs, won 3.4% of the vote, despite being in prison at the time for sedition.

Plenty of U.S. presidential elections have had their controversial moments.

In the 1800 presidential election, Thomas Jefferson won a clear majority of the popular vote. Jefferson and John Adams each received 73 electoral votes, so the election was a tie. The House of Representatives cast 36 votes within one week, none with a majority winner. Though the election took place in November 1799, Jefferson was not declared the winner until a final vote on Feb. 7.

In 1824, Andrew Jackson won the popular vote over John Quincy Adams by a narrow margin. No one received a majority of electoral votes, however. Adams recruited the support of candidate Henry Clay, who received the least electoral votes, and would up taking enough to win the presidency. Jackson retaliated with a four-year campaign claiming the election was stolen, and was elected president in 1828.

The 2000 presidential election between Al Gore and George W. Bush gave the world the term “hanging chad.” After numerous recounts and a Supreme Court battle, Bush was declared the victor.

In the 2016 election, Hillary Clinton became the first woman to earn the presidential nomination of a major political party, and won the popular vote by just shy of 3 million votes. Donald Trump received 304 elector votes to Clinton’s 227, however, and became president.

This year’s election is not over (unless something has happened since this column was written). Both sides say they’ve won. Will it be President Trump for another four years or President Joe Biden and the first woman vice president, instead?

No election has been without its fights, arguments, disappointments, victories, etc. And positive results and victories, as well. No matter how this one turns out in the end, or how you voted, respect your neighbors. More importantly, love them, and pray for our president.

Biden’s challenge: Will Americans continue the concept of ‘the loyal opposition’?

Our country is watching a historic drama play out in the wake of the uber-contentious 2020 presidential election. The nation... read more