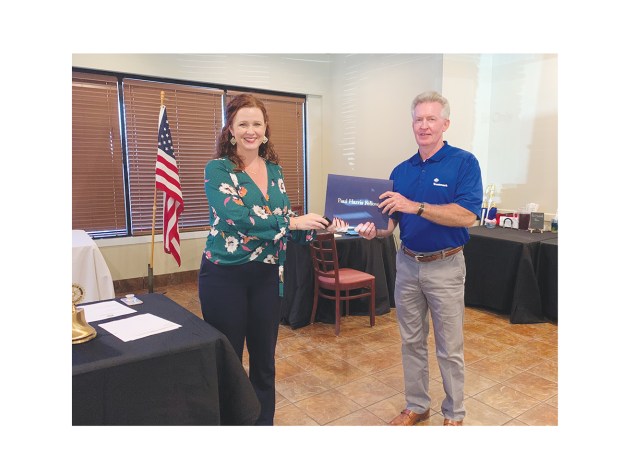 On Nov. 12, Mathis was recognized for his contributions to the Rotary Foundation. The Paul Harris distinction is awarded to Rotary members who have given in excess of $1,000 to the Foundation.

Mathis is a charter member of the club, and served as president from 2010-2011. He is first vice president of Trustmark Bank in Brookhaven, where he has been employed since 2000.

He is married to Sherri Mathis, and they have four sons, Samuel, Benjamin, Jon-Mark and Gabriel; and three grandchildren, Bentley, Camptyn and Liberty.

“We’re proud to recognize Mark with the honor of being named a Paul Harris Fellow,” Rotary Club president Angela Furr said. “As a charter member of the club, Mark has been an active member for more than 10 years. He rarely misses a meeting, and can always be counted on to live out Rotary’s motto, which is ‘Service Above Self.’”

More than 1,600 new cases were added to the Mississippi COVID case count on Friday. The Mississippi State Department of... read more