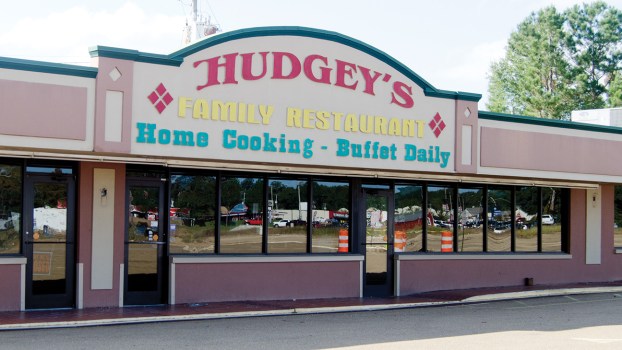 Photo by Gracie Byrne Hudgey’s Family Restaurant, opened in 1969 as Dog and Suds, has closed its doors for good. The building is set to be demolished.

A longtime Brookhaven restaurant has closed its doors and will be torn down in November.

Hudgey’s Family Restaurant, owned by Sam and Sheila Hudgins, has been operating in Lincoln County for the past fifty years.

Due to the coronavirus pandemic, they were forced to shut their doors on March 17. They stayed hopeful and cleaned their restaurant in hopes of reopening, but it didn’t happen. They had every intention of reopening.

“Due to the virus, it seems like that’s going to be the end of the buffet period,” Hudgins said. “I don’t see serving yourself on a buffet anymore. And that’s really what the public misses.”

Hudgey’s used to serve cafeteria style before becoming a buffet.

“When I turned the spoon lose, business tripled,” Hudgins said. “It’s just something about how the people like handling their spoon.”

The restaurant featured short order items such as hamburgers and included the buffet with home cooked meals.

“We didn’t have anything premade,” Sheila Hudgins said. “I watched many a kid grow up in there. If these tables could talk, they’d have a lot to say.”

The restaurant was started in 1969 and served customers as Dog and Suds Restaurant, and it only featured the kitchen and the booth side. The owners were Fred Hudgins and James Nobles, starting the business as partners.

After a year, Nobles wanted to sell, but Hudgins wouldn’t do it. Hudgins bought Nobles out and Sam came on as store manager in 1971. In 1978, the name of the restaurant changed to “Hudgey’s,” and they expanded the building. In 1980 Sam bought his brother out, and added another dining room.

“I’ve been operating it ever since,” Sam Hudgins said.

Hudgins said he was one of the first restaurant owners to be certified by the state health department to serve before such certification was mandatory.

“You could say I helped instigate that,” Sam Hudgins said.

During the shutdown, the Hudgins received an offer on the property.

“I just felt that my wife and I were at high risk for this pandemic. We just felt to maybe let it go,” Sam Hudgins said.

The Hudgins have sold the building and teardown will begin in November.

“It’s been an up and down battle in the food business,” Hudgins said. “Brookhaven has been good to me, and we’ve had a lot of faithful customers.”

Hudgins said it hasn’t been easy, but he knows it’s been worth it.

“To be in the food business, you really need to be dedicated,” Sam Hudgins said. “It’s not something you can run from the house. But it’s been good and we’re gonna miss the business and our customers that have supported us.”

Two people have died in Lincoln County from coronavirus-related causes since midweek, and 34 positive cases of the virus have... read more