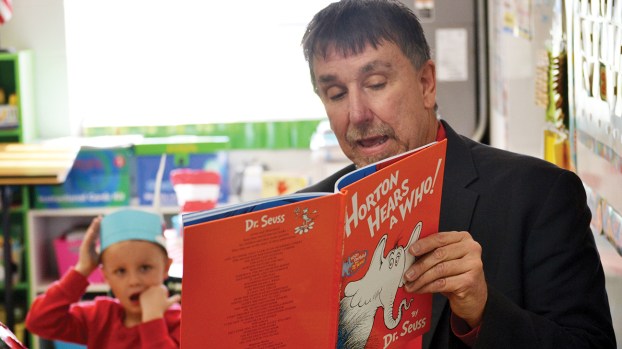 As a minister and a father to three, Myers has spent much of his time working, so retirement will certainly be a change of pace for him.

“I’ve been a school administrator, a single parent and a minister,” Myers said. “There’s almost never a day off. My goal is to rejuvenate spiritually and physically.”

Myers’ wife Karen passed away from cancer in 2003. She worked as a teacher at Bogue Chitto as well.

Their three children are Blaine, a teacher at Bogue Chitto; Braden, manager at GNC in Laurel; and Brooke, a nurse at Southwest Mississippi Regional Medical Center. He doesn’t have any grandchildren yet.

Myers worked at Bogue Chitto Attendance Center for 33 years, from 1983 to 2016. From 2016 to now, Myers served as superintendent for Lincoln County.

“I love being in service to my Lord and to my community,” Myers said.

While many spend their retirement with little to nothing to do, Myers doesn’t see that happening for him.

“I know the Lord will create opportunities to serve,” Myers said.

In high school Myers realized he wanted to teach and coach. After graduating from Copiah-Lincoln Community College, Myers attended the University of Southern Mississippi. He holds a degree in elementary education with a minor in athletic administration.

Myers is a graduate of West Lincoln Attendance Center, so he never he would teach at a rival school.

“I never would have dreamed I’d go off to college and come back to work at Bogue Chitto,” Myers said.

He got a call during the Christmas holiday from the principal at Bogue Chitto in 1982 with a job offer.

During his career as a teacher and administrator, Myers had the opportunity to interact with a lot of educators. Yet some of his greatest role models were from his own time as a student.

“My dad was a lifelong educator and he taught me so much,” Myers said.

“They were just very passionate about what they did,” Myers said. “They were so loving and kind.”

Another teacher he gives credit to is Mr. Andrew Spiller, a teacher he had at Eva Harris School.

“He made history come alive and made learning fun,” Myers said “Some of the things he did in his classroom I did in my own.”

Myers felt reluctant to name anyone else because of how many educators have made an impact on his life.

“So many educators have touched my life,” Myers said.

As for coaches, he credits Jack Case, his basketball coach at West Lincoln.

“He taught me so much about work ethic and life,” Myers said. “I’ve had some great mentors.”

Myers considers the greatest joy of his career to be the relationships he made with students, teachers and other colleagues.

“All three of my kids graduated from Bogue Chitto,” Myers said. “I spent some amazing years down at that school.”

Myers has conducted weddings and funerals for those he’s worked with or taught.

He considers this to be unique to his professions as both an educator and a minister.

“Not every school administrator gets to sign someone’s diploma and their marriage license,” Myers said.

His career’s greatest struggle was watching children not reach their potential.

“I’ve seen a lot of children come from disadvantaged homes,” Myers said. “Watching them achieve success and reach their potential was a little more challenging. Whether it was being incarcerated or dealing with health issues, it was hard.”

Myers says his job as an educator never felt like work to him, and he went to work every day ready to teach and interact with his students.

“Those 33 years went by so fast,” Myers said. “I’m still looking around wondering where they went.”

The biggest thing Myers said he learned during his career was that people in Lincoln County care about each other.

“People have treated me so good throughout my career,” Myers said. “And they (parents) care about their children. They only want the best for them.”

He plans on dedicating time to his health, both physically and spiritually, along with working on projects at home and ministering in the community.

“After what happened to me (in 2017), I wanted to find out my why when I retired,” Myers said. “And I’ve already started doing that.”

He suffered a widow maker heart attack while riding his bike on a July morning in 2017. Not many people survive that, but Myers did.

“It started like a lot of other mornings for me,” Myers said. “I didn’t think something like that would happen, but it did.”

Myers said the incident opened his eyes and made him take a look at his life. He quoted Mark Twain and applied it to his life.

“The two greatest days of a person’s life are when they’re born and when they find out why,” Myers quoted.

When planning cookouts, fireworks displays or other get-togethers for this holiday weekend, individuals should remember that viruses and other illnesses... read more