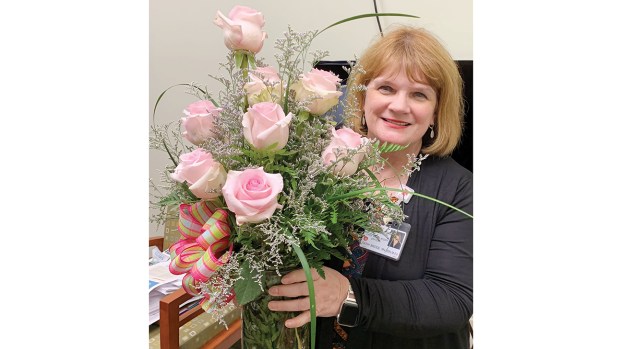 After 40 years of service, KDMC nurse/educator to retire

Bridge was hired as a staff nurse in the intensive care unit of King’s Daughters Hospital on July 16, 1979. Less than one year later, she was promoted to head nurse supervisor on first shirt and then became education coordinator in November 1980.

In August 2005, Bridge became CRO for KDMC and has kept that title since.

“As the Chief Regulatory Officer, Cathy has guided KDMC by setting a very high standard for quality and patient care,” KDMC Director of Marketing David Culpepper said in a written statement. “In addition to serving in many capacities with the hospital she has served many positions and board appointments with Mississippi Hospital Association (and) has been a member of the MHA Society of Healthcare Risk Management since 2002.”

Bridge took on a new role in recent months, acting as lead in keeping KDMC informed and educated on the latest developments in the COVID-19 pandemic. She has reviewed more than 880 documents pertaining to guidance, updates and revisions from the Centers for Disease Control and Prevention, Mississippi State Department of Health, Centers for Medicare and Medicaid Services and executive orders issued by Gov. Tate Reeves.

“Cathy’s leadership and tireless efforts during this time have been so invaluable to KDMC,” Culpepper said, “and have given us the ability to care for our community and staff during this very difficult time.”

“Cathy’s knowledge and passion for quality healthcare and regulatory standards cannot be replaced and will be greatly missed. King’s Daughters Medical Center and Brookhaven-Lincoln County are truly blessed to have had you on our team for the last 40 years,” said Culpepper.

The Lincoln County Library is offering its annual summer reading program in an alternative way. This year’s theme is “Imagine... read more