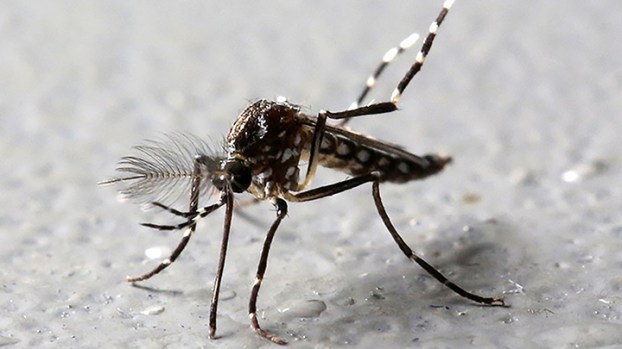 With the summer months come heat and mosquitoes, and Vector Disease Control is ready to pull out all the stops. As Brookhaven’s mosquito-control contractor, the company will perform an aerial application over the city on July 2, weather permitting.

“The benefit of this is covering 100% of the area where spray trucks can’t,” Brookhaven contract manager Scott Williams said.

Some areas are not affected by Vector’s routine spraying, being too far out of reach for the truck sprayers to treat.

An aerial application often compliments the routine sprayings done in the area and helps cut down on the mosquito population if it has the chance of becoming too high.

Williams explained how the yearly process works and how it affects the mosquito population in the area.

The plane is similar to a crop duster and will fly over the area before sunset. Depending on wind direction, the plane will drop down to 200-300 feet above the ground and begin spraying.

The plane will make multiple passes over the city, for around 45 minutes.

“And that’s what they do,” Williams said. “It is going to cut it drastically.”

Vector typically sprays in July, although they have sprayed in August as well in the past.

“We’ve done one (spraying) last year, and two year before last,” Williams said. “It should cut our mosquito population by about 75%.”

The aerial spraying aims to cut the mosquito population down during the peak of the season.

“It’s a temporary thing,” Williams said. “We’re gonna see a couple of weeks of benefits from that one aerial spray.”

The company will come in and complete another spray in mid-August if the mosquito population becomes out of control.

“If we start getting another peak where our ground trucks can’t handle it or the population gets too high, they’ll come in and do a second one. I can call for a second one anytime I see they’re getting out of hand,” Williams said.

The mosquito population in the area is currently low, so an additional spray in August may not be needed.

“As of now our population is looking real good,” Williams said. “Compared to this time last year, our traps are showing far better results than last year. We are ahead of the game this year compared to last year.”

“We have not had as many complaints this year,” Williams said. “The number of service calls has been down. We go by what our traps are telling us, but we also listen to what residents have to say.”

Vector sprays the entire city once a week. The city is divided into five zones, and each zone is sprayed weekly. If an area appears to have a higher mosquito population, an additional spraying will take place.

The company starts spraying in April and will spray until November, spot spraying as needed in the fall.

Georgia-Pacific in Monticello has named a new vice president and general manager. Jeff Joyce was recently added to the team.... read more