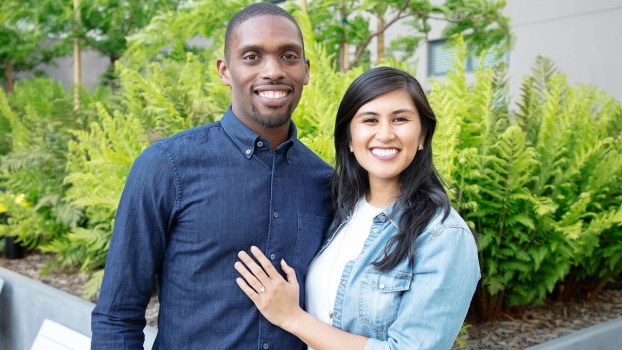 She is the daughter of Henry Obana and the late Celinia Obana, of Pangasinan, Philippines.

Miss Obana is a 2007 graduate of San Diego High School and a 2011 graduate of University of California-Los Angeles with a bachelor of science degree in sociology and a master of arts degree in education administration. She is employed as a lead program coordinator.

Mr. Fleming is a 2009 graduate of Upland High School and a 2013 graduate of Northwestern University with a bachelor science degree in philosophy and religious study and a master of science degree in integrated marketing/communications. He is employed as associate director of admissions and dean of The Nuevo School.

Chynna and Davion met as any other would-be millennial couple meets nowadays — online. OkCupid, to be exact. Davion made initial contact citing Chynna’s love for music, the arts and good conversation. Over time the two would come to fall in love and on an October night with Chynna committing to the words first it was made official that they shared that affection for each other. Davion would soon after propose to Chynna.

The couple will exchange vows on Saturday, June 27, 2020, in Upland, California.