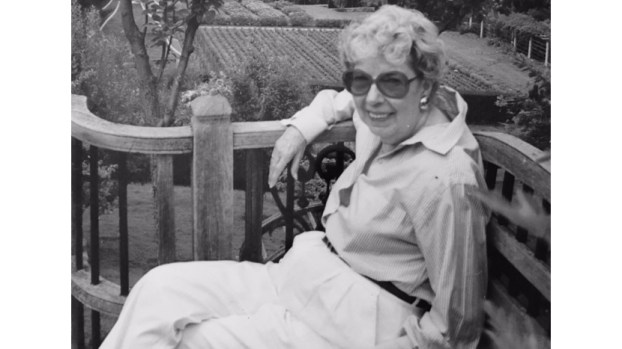 Dorris Bury Nolan died in Brookhaven on May 24, 2020 after a full, rich, and rewarding life. She was 101 years old, and she was very well loved.

Born in 1918, a midwestern girl, her early years were happily spent in a small town in Missouri. There she weathered snowy winters and the Great Depression with grace, good humor, and warm memories of simple pleasures. She had a wonderful mother and father and close, life-long family friends. She attended Lamar High School and Cottey College, a private girl’s liberal arts college and “finishing school”, where she excelled in drawing and design.

Following her education, she worked for several years in Kansas City before moving south to New Orleans to assist in a cartography office with the development and drawing of World War II military maps. It was in New Orleans that she met her husband, Edward Nolan.

They moved to Brookhaven in 1953 where she raised and guided a daughter and pursued an accomplished career as a legal assistant at Cohn, Hobbs & Hobbs, ultimately becoming Executive Office Manager and Librarian for Nalco Chemical Company until her retirement.

Over years in Brookhaven she established and enjoyed a wide circle of valued friendships. She participated as a charter member of Brookhaven Little Theater and “starred” in several early productions. She was an involved member of Willing Hearts Circle and served for years on the Board of Directors of  King’s Daughters Medical Center. She was an engaged congregant in Faith Presbyterian Church where she taught Sunday School and many various  Women’s Circle groups. She had a passion for animals of every distinction and gave beloved pets, in particular a succession of Siamese cats, very good homes. Most importantly, throughout her life, she was a devoted student of the Bible,  a sound Christian counselor, and a deep and trusting lover of Jesus.

She was intelligent, capable, and handled her life with steadfast dignity. She always looked beautiful, had real originality and a very discriminating eye.  She was beyond reproach in every aspect of her life. She recognized quality in people and in things. She painted, baked from scratch, sewed expertly, and made a lovely home where everything always seemed somehow special. She was the best and most fun Mom in the whole world.

She is survived by her daughter, Tonie Nolan, and son-in-law Maury Montaldi of Washington, D.C.

Memorial services are pending and will be planned and announced as our churches reopen.

Kay Vinson passed away at age 80 after a lengthy illness. She was born in Brookhaven, Mississippi and resided in... read more