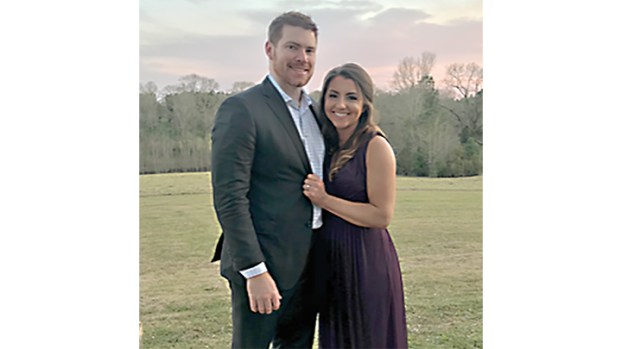 Mr. and Mrs. Paul Joe and Gracie Gagliardi of Mountain House, California, and Mr. and Mrs. Ronnie and Lynn Wooten, of Lucien, are pleased to announce the upcoming marriage of their daughter, Chandler Elise Gagliardi, to Ryan Kyle Willis, son of Mr. and Mrs. Randy and Robbie Willis of Batesville.

Miss Gagliardi is the granddaughter of the late Mr. and Mrs. George and Virginia “Toots” Gagliardi of Eddiceton, Mr. and Mrs. Walter and Retha Pigott of Tylertown, Mrs. Judy Dillon and the late Ronald “Matt” Dillon of Meadville, and Mrs. Virginia “Ginger” Wooten of Brookhaven.

The bride-elect is a graduate of Franklin High School and Copiah-Lincoln Community College. Chandler is employed as a Radiology Technologist at the University of Mississippi Medical Center in Jackson.

The prospective groom is a graduate of South Panola High and Mississippi College. Ryan is employed as a Sales Representative with BD Medical Supplies and is based in Jackson.

The couple will exchange vows in a private ceremony on Saturday, June 6, 2020, at 6 p.m., at a small outdoor venue in Fondren. There will be a link to live stream the ceremony posted to Facebook.  Also, to congratulate the Bride and Groom, there will be a drive-by parade for family and friends at 7 p.m. in Fondren.

In the future, there will be a celebration reception to be held at the Chapel in Madison to be announced.

Robbie and Jane Statham announce the engagement and approaching wedding of their daughter Heather Statham, of Madison, to Alex Boyd,... read more