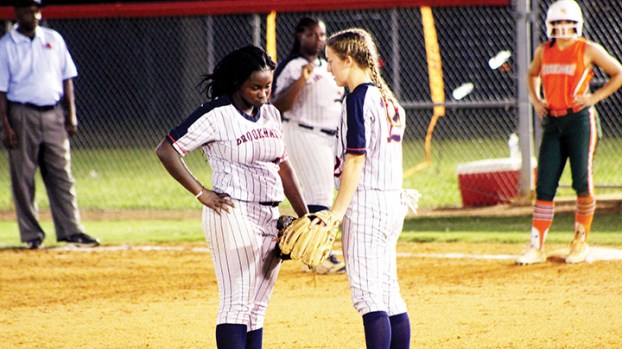 Photo by Cliff Furr Pitcher CeAria Henderson and shortstop Kat Wallace will look to lead their team to victory tonight as the Lady Panthers host Wayne County. in the south state slow-pitch championship series. Game one begins at 5 p.m.

The Lady Panthers and War Eagles will play a three-game series, with the winner going on to the state championship to face the winner of Northwest Rankin and Neshoba Central.

The Lady Cougars clinched their place in the finals with a sweep of Northeast Lauderdale on Saturday. Lawrence County took game one 14-0 and needed extra innings to clinch the series with a 14-13 win in game two.

Trojans no match for Bogue Chitto

The Bogue Chitto Bobcats (4-5) served up a dish of domination to the Amite County Trojans (1-8) on Friday night... read more