Absentee voting in Lincoln County is underway for the June primary elections for U.S. Senate and the 3rd Congressional District.

Absentee voting will continue through June 2 in person at the Lincoln County Circuit Clerk’s office, which is open weekdays from 8 a.m. to 5 p.m.

The office will also be open Saturday, June 2, until noon.

Mail ballots can be requested until June 4, but the law requires they be returned — by mail only — on or before June 4 at 5 p.m. Mailed ballots cannot be returned in person at the office, said Lincoln County Circuit Clerk Dustin Bairfield.

The last day for new voters to register is May 5. The Circuit Clerk’s office will be open until noon that day.

To avoid a run-off, a candidate must receive at least 50 percent of the vote plus one. If a run-off election is required, it will be June 26.

The deadline for chancery and circuit judges to qualify is May 11. 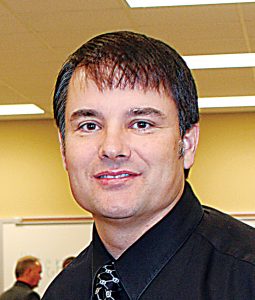 Brookhaven Little Theater is reaching new heights with the upcoming production of “Peter Pan,” and it isn’t because of pixie... read more