Some races for aldermen already decided

Jason Snider won the seat for Ward 4 alderman, while Dorsey Cameron took the honor in Ward 1 and Shannon Moore in Ward 2.

Snider surprised a lot of people with his convincing win. Snider earned 569 votes — 71 percent — to Rusty Yates’ 236 votes — 29 percent. Snider and Yates are both Republicans. No Democrats ran for Ward 4.

“I am overwhelmed with the strong support I received,” he said Tuesday night. “I am very grateful to my supporters and look forward to serving over the next four years. I am excited about getting to work on July 3.”

Cameron headed home after packing up his tent near the Ward 1 precinct polling place. He was sitting in his back yard on his tailgate letting the news sink in.

“I’m so thankful I won and I hope that I can get in there and serve my constituents for another four years and be the alderman they expect me to be,” he said.

Ward 2’s alderman will be Shannon Moore. He defeated Vernastine Byrd and Danny “Blackfoot” Chatman for the Democratic win. Since there is no Republican challenger, Moore wins the seat.

Incumbent Fletcher Grice, a Republican, faced no opposition in Ward 5 and earned 255 votes — 100 percent of those voting in Ward 5 picked cast a ballot for Grice.

Ward 6 was touch and go for a while. It took a ruling from the Secretary of State’s office to decide the winner. Bairfield announced around 10:30 p.m. that David McCoy defeated Andre D. Spiller for the Democratic win. McCoy earned 127 votes — 49.8 percent — to Spiller’s 122 votes — 47.84 percent.

Bairfield said several speculated it would go to a runoff, but since neither man earned 50 percent plus one vote, the Secretary of State’s office researched it and decided the win would go to McCoy. Bairfield said 260 people voted in Ward 6 on the Democratic ticket, but only 255 voted for an alderman.

McCoy will face Republican Gene Buckles, who was the only name on the Republican ticket for Ward 6. Buckles earned 111 votes. Independents Shelley Harrigil and Harold Rowe in the general election.

For the alderman-at-large seat, two retired educators will face off at the general election.

Incumbent Karen Sullivan defeated Troy Douglas on the Republican ticket. Marilyn Dow-Harris was the only candidate on the Democrat side. 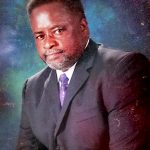 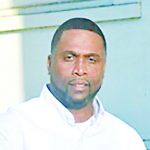