Cougars run away with Game 3 to beat Ole Brook

The Panthers fought valiantly and won Game 2 of their first-round playoff series against Northwest Rankin at home Tuesday. 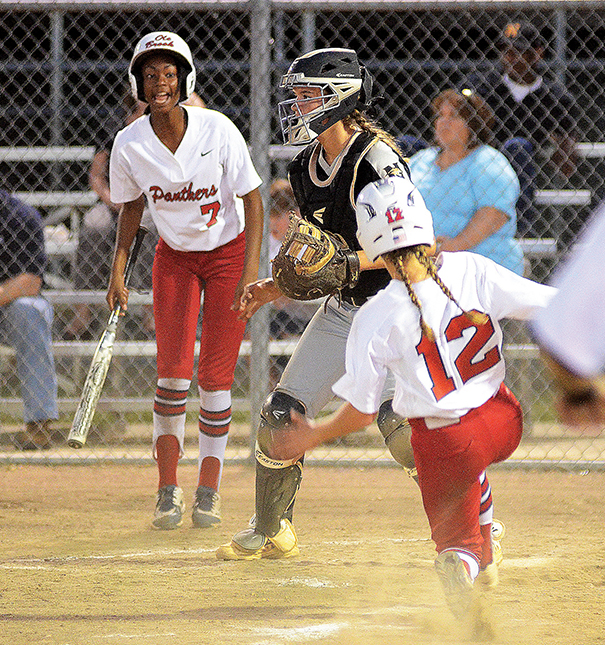 In the end though, the Cougars proved to have too much firepower for Ole Brook to handle as they lost 13-1 in the final game of the series.

The Panthers are eliminated from the playoffs with the loss.

“Northwest Rankin has a very good team,” Panthers’ head coach Mandy Vinson said. “Our girls gave everything they had tonight and I’m proud of them. We will really miss our group of seniors next year.”

The Cougars used solid play on the defensive side to blank the Panthers in Game 1. They also had a little help from Ole Brook, whose usually loud bats went quiet for the duration of the contest. A few errors created opportunities for the visiting squad as well. The Panthers allowed several balls to evade their grasp in the outfield, which led to extra runs crossing home plate for Northwest Rankin.

Kat Wallace and Jadeyn Fuller led all hitters in the loss with two singles each. Macy Ziskin, Meg Foster, Rileigh Allen and Madi Miller hit singles in the game as well.

If the Panthers had a case of playoff jitters in Game 1, they had disappeared by their second game of the night. Ole Brook came out and put on an admirable fight for their playoff lives and forced a Game 3 with a one-run win over the Cougars.

Ole Brook used a big third inning, highlighted by a two-run double by Ziskin and a double by Jada Henderson to take a 5-1 lead on the Cougars. Northwest Rankin answered the burst with a three-run fifth inning to tie the game at 6-6.

Brookhaven was able to plate one more run late to go ahead for good and a defensive stand in the bottom of the seventh sealed the deal for them. Wallace finished the game with two singles, while Fuller, Allen and Kyla and Jada Henderson all hit safely.

Northwest Rankin seemed to be clicking on all cylinders early, jumping out to an eight-run lead before cruising to a 21-9 victory in the final game of the series.

Jashunna Finley hit a homer in the loss, the Panthers’ only home run of the three-game series. Kyla and Jada Henderson hit three and two singles, respectively. Cheyenne Motley, Tia Bussey, Wallace, Foster, Allen and Fuller all tallied singles in their final game of the season.

Photo by Jana Harp /Maddux Kirkland gets a hit in Game 1 of the first round versus Moss Point Tuesday.... read more