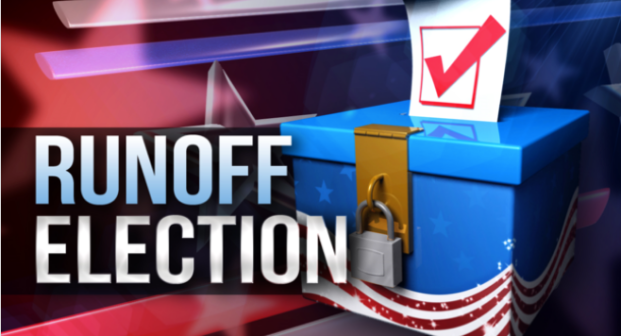 The races for mayor and chief of police have each narrowed to one Democratic candidate and one Republican. Two aldermen seats were decided, three will have runoffs and one moves on to the June 8 General Election.

A candidate needs at least 50% of the vote to be the clear winner in the municipal primary, or two candidates need clear majorities over other candidates.

All results are unofficial until certified in the office of the Mississippi Secretary of State.

The Homeseekers Paradise mayoral contest is now between the incumbent Republican and a Democratic challenger.

The Rev. Larry Jointer received 86.18% of the Democratic vote for mayor Tuesday in the City of Brookhaven’s municipal primary election, or 1,247 votes. The Rev. Jerry Kelly, Jointer’s opponent on the party ticket, received 13.61% of the vote (197 votes).

Jointer will now advance to the General Election June 8 to face off against incumbent Republican Joe C. Cox, who received 98.84% of his party’s votes. He had no primary opponent.

“The challenge now is to get more voters,” Jointer said. “I’ll be out in more wards, knocking on more doors. The goal is still the same — to try to bring Brookhaven together as a whole instead of part of Brookhaven. Not one side or another but all of us working together, and it’s going to take all of us.”

Cox said serving as mayor has been a privilege.

“I remain dedicated to the progress of our community, economic development and addressing the perpetual need to expand and improve our infrastructure,” he said. “We have more work to do, and always will, but I remain steadfast in serving the needs of our city in a cost-effective manner while promoting smaller government, keeping businesses open and maintaining fiscal responsibility by maintaining a balanced budget and keeping expenses under revenues.”

Milholen received 93.92% of the Republican vote – 664 votes. There was no other Republican primary candidate.

Candidates in the City of Brookhaven’s Ward 1, Ward 3 and Ward 4 will all advance to runoffs on April 27.

The race for Ward 1 alderman in Brookhaven is undecided, even as primaries go. With no Republican candidate in the ward, it has been a Democratic contest.

Ward 2’s seat on the Brookhaven Board of Aldermen was decided in Tuesday night’s primary between Democratic contestants Shannon Moore and Danny E. Chatman Sr.

With no opponent for Ward 5 incumbent Fletcher Grice, the Republican candidate received 100% of the party vote, or 136 votes.

Though Moore and Grice will both be on the General Election ballot June 8, they will have no opponents.

In Ward 6, Democratic candidate Andre’ Spiller received 63.33% of the vote (152 votes) against competitor David McCoy’s 36.67% (88 votes) in their party’s primary. Independent incumbent Shelley Harrigill automatically advances to the General Election to face off against Spiller.

In the race for the Alderman at Large seat, Democratic candidate Marilyn Dow-Harris and Republican candidate Don Underwood each received 99% of their respective party’s ticket vote. They had no party challengers.

Dow-Harris and Underwood now advance to the General Election where the seat will be decided.

Ward 6, at-large alderman seats to be decided in June