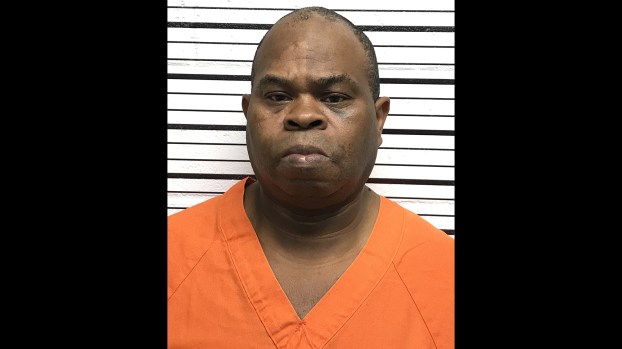 A former Scott County employee was arrested this week for embezzlement.

Tony Macon was arrested by special agents from State Auditor Shad White’s office after having been indicted by a grand jury. Macon was issued a demand letter of $68,021.97, including interest and investigative expenses.

As a county employee, Macon was responsible for keeping multiple taxpayer-owned vehicles fueled. He allegedly embezzled nearly $50,000 from October 2017 through August 2019 by using the county’s Fuelman gas charge cards to purchase fuel for his use or for people to whom he owed money. The purported scheme was reported to the auditor’s office by Scott County officials after anomalies in Macon’s purchase records were noticed.

Macon was arrested by special agents in Hattiesburg and transported to the Scott County Jail. His bond was set at $10,000 by the court.

If convicted, Macon faces up to 10 years in prison and $5,000 in fines. All persons arrested are presumed innocent until proven guilty in a court of law.

“This case shows how the theft of something simple, like fuel, can cost taxpayers a sizable amount of money,” said State Auditor White. “We have a track record of holding these sorts of thieves accountable in the auditor’s office. Folks who are tempted to steal are quickly learning that they are being watched and will be caught if they break the law.”

A $100,000 commercial crime insurance policy covers Macon’s time as an employee of Scott County. The insurance policy was purchased by the Scott County Board of Supervisors to protect local taxpayers from crimes like embezzlement. Macon will remain liable for the full amount of the demand in addition to criminal proceedings.

Suspected fraud can be reported to the auditor’s office online by clicking the red button at www.osa.ms.gov or via telephone during normal business hours at 1-800-321-1275.

“Assume everyone you come into contact with is a contagious coronavirus case.”   Mississippi’s top health officials urge residents to... read more