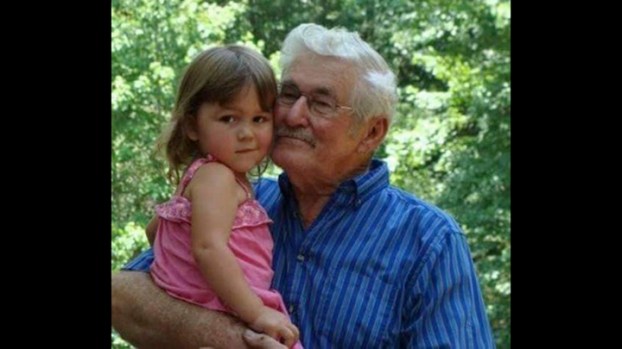 Edwin Clarence Johnson peacefully passed from this life on Sunday, November 29, 2020. He was 83 years old. Born May 16, 1937, to Depression-era farmers, Ed was put to work as soon as he could tote.  Beneath his father, who was, by necessity, “hard on them boys,” Ed and his two brothers left home and the fields as soon as possible. His mother’s heart was wide-open and filled with love, wisdom and generosity which thankfully Ed inherited.

His schooling was at Fair Oak Springs, graduating in 1955 as “The Most Dignified.”

Ed served his country for three years in the US Navy, settling afterward in Baton Rouge where he raised a family. He worked for the Baton Rouge Fire Department retiring at age 49 as assistant Fire Chief.  In 1987 he returned to Mississippi and to the woods of his youth. Because work was all Ed ever knew, he joined Farmbelt Equipment as a tractor mechanic, working into his mid-70s, until he “wasn’t able.”

But his greatest legacy is as a hunter and outdoorsman. He was never kept from the woods by an hour too early or a morning too cold. Ed mentored many novice hunters, setting up a first deer or turkey, hooking them for life by making it seem easier than it was. We already miss his deep woods wisdom and steady encouragement. He was especially proud of a successful elk hunt in Colorado and an exceptional buck taken on Three Creeks Management lease, both trophies that can be admired at Farmbelt Equipment.

Ed is predeceased by: his wife, Ingrid Johnson, who died nine weeks ago; his oldest daughter, Sandra Johnson; his parents, Clarence and Erle Jacks Johnson; his son-in-law, Dennis Ford; and his sister, Lynne Price and her husband “Hoppy.”

Surviving him also are his brothers and their wives: C.W. and Sandra Johnson of Houma, Louisiana; and R.B. and Bonnie Johnson of Tylertown. He leaves many nieces and nephews who loved their Uncle Ed.

The family would like to thank Farmbelt Equipment, especially David Calcote, for their care and concern during Ed’s declining years.

Because of COVID-19 restrictions, a memorial service and scattering of his ashes will be held at a later date.

Condolences and tributes can be shared at www.legacy.com, search Edwin Clarence Johnson.