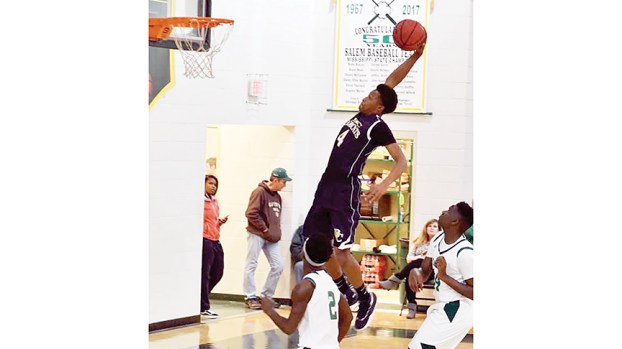 BC, BHS, LC pick up sweeps on Tuesday

Here is a recap of how area teams faired in high school basketball action Tuesday night.

The Bobcats went to Salem and picked up a sweep of the Wildcats from Walthall County. The Lady Bobcats (8-3) cruised to a 58-27 win and the Bobcats (3-8) picked up their second win in four games with a 48-42 victory. Kamilah Clay led the Lady Bobcats with 15 points. Katelynn  Palmer scored 11 points and the Lady Bobcats also got eight points apiece from Cheyenne Hall and Karly Leake. Zach Upkins scored 15 and Josh Thomas added 13 points for the Bobcats. Bogue Chitto hosts Stringer on Friday night.

The Panthers were also in Walthall County on Tuesday night as they took on the Tylertown Chiefs. The Lady Panthers (11-1) bounced back from their first loss of the season — suffered on Saturday — to defeat the Lady Chiefs 44-38. The Panthers took care of business in a 70-57 win over the Chiefs. Senior forward Tamia Stallings went off for the Lady Panthers, as she scored a game-high 24 points and pulled down 12 rebounds. BHS hosts Lawrence County Friday night in Sinclair Gymnasium.

The Cougars picked up a sweep at home on Tuesday when they took two games from Mendenhall. The Cougars (4-4) had balanced scoring, with three players in double figures, as they blew out the Tigers 66-46. Junior La’Darrion Sutton was the high scorer with 12 points. The Lady Cougars led 10-5 after the first quarter on their way to a 45-33 victory.

The Yellow Jacket boys’ team stopped a five-game skid on Tuesday night with a 60-57 road win over West Marion. The Jackets trailed 54-44 after three quarters, but a huge 16-3 fourth quarter pushed them to victory. The Lady Jackets were defeated 44-23 by the Lady Trojans. Freshman Natalie Harris led Enterprise with seven points. Enterprise hosts Salem on Friday.

West Lincoln was swept by 4A South Pike at home as the Eagles took a 92-72 win in the boys’ game. The loss dropped the Bears to 5-5 on the season. In the girls’ game, the Lady Eagles handed West Lincoln (7-3) their third loss of the season with a 72-49 win. Both South Pike teams are coached by longtime McComb head coach Hilton Harrell. West Lincoln travels to play 5A North Pike on Friday.